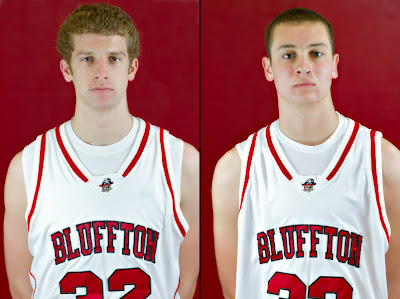 Coach Todd Boblitt and the boys basketball team are ready for the 2010-11 season to start. “The guys have been chomping at the bit to get out there and play. They said they were ready the day we opened camp. We're anxious to get started,” the fifth year coach shared. The Pirates should have some reason for excitement. Last year the team pushed through some growing pains on their way to a 3-18 record but are ready for a bit more success this season. Four starters are back from last year's squad in seniors Levi Gleason and Kyle Siefker along with juniors Matt Gillett and RJ Stratton.

Gleason and Siefker both stand an imposing 6'6” and will be forces down low but shouldn't be the Pirates' only option on offense. Boblitt has been impressed with the balance this preseason in scrimmages. “Levi & Kyle have certainly played well in the post from a scoring and rebounding standpoint. But Matt (Gillett) and Michael (Donley) have really shot the ball well from the outside. RJ (Stratton) seems to be everywhere and is our work horse and main cog on defense. Other guys have stepped up as well. Our staff is thrilled to see how much time and effort these guys have put in. We see some real steps of maturity and work ethic.”

Along with the four returning starters, sophomore guard Michael Donley will be in heavy rotation this season. Juniors Michael Liska and Keshaun Hughes will be part of the mix as well, and even a few freshmen have seen the court with the Varsity squad this preseason. Coach Boblitt relays, “We are confident in the eight guys in the rotation. They have been productive on both ends of the floor. We have defined roles and really progressed as players.”

The out of conference schedule will test the Pirates' mettle again this year. BHS travels to Bath, Van Wert and Wapakoneta, all before Christmas. Kenton, another Western Buckeye League foe, comes to town in January. The Pirates also host Liberty Benton and Fort Jennings in addition to the regular NWC schedule.

Coach Boblitt enters his fifth year as head coach of the Bluffton boys program. His career record is 39-47. Bob Kindred and Kyle Gratz are the Varsity Assistants and Alex Hanna mans the Junior Varsity team. Chris Ackerman is the freshman coach.